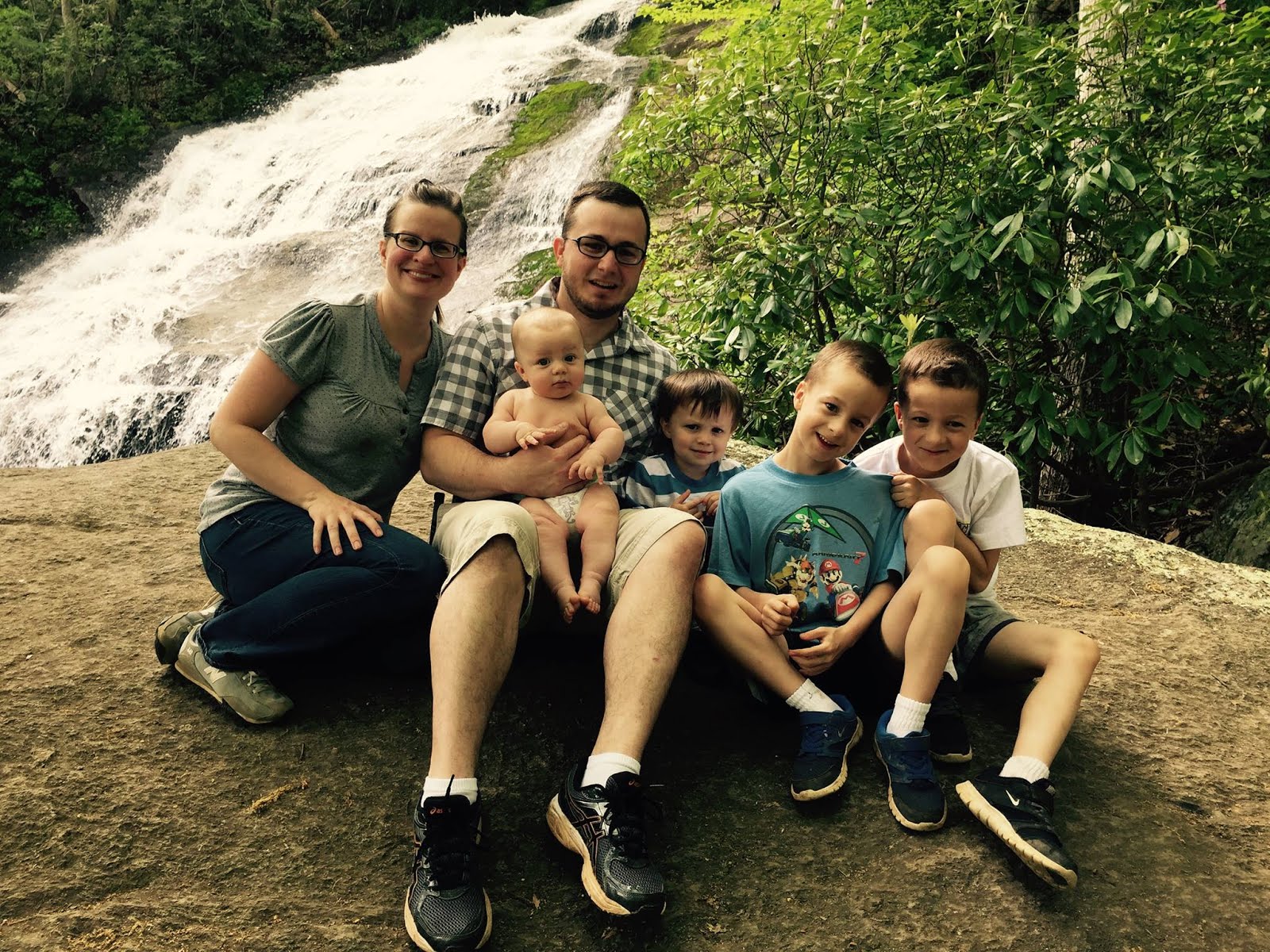 I sat on a blanket in my friend's yard watching my 6 year old twins run and climb with ten other children on an unseasonably warm fall day.

The other moms and I sipped coffee and started chatting.

"So, where do your older ones go to school?" I asked.

"We homeschool," she smiled.

"We do too," another mom stated, with more of a look of resignation on her tired face. It was 4pm on a Wednesday, after all.

We talked and laughed and commiserated together. A few minutes later, I realized that out of the 4-5 women present, I was the only public school mom at our play date.  I listened to their discussions about curriculum and homeschool groups and contributed to the conversation where I could.

But I felt an emotional twinge, like I was an outsider.

It really was funny…and so, so ironic.

I watched my kids climb into the treehouse and play good guys and bad guys, wielding sticks and plastic swords with their friends.

Then, my smile faded as a realization struck me.

My kids are the "public school kids."

My kids are now the kids that, as a homeschooler, I used to judge...
…the kids I thought weren't smart enough, good enough, or Christian enough.

My friends and I even whispered about "wayward" home schoolers, saying "Look at her! She's acting so...public schooled!"

It was the worst insult we could slap on a person.

Although I have long come to the realization that my prejudices as a child and teen were unwarranted and flat out wrong, it wasn't until this moment that I felt the tragedy of my own hateful judgement toward others.

What if these sweet home schooled children think my boys are "less than" because they go to public school?

What if they think that my twins aren't smart because they aren't home schooled?


What if they shake their heads in pity, thinking my boys can't possibly learn to love Jesus because, don't you know? God isn't allowed in public school.

As I watched the children play, I saw no discrimination, no judging thoughts, no distinction whatsoever. Only play and fun and equality.

It was only my own mind that was tortured by the demons of my past.

Wave after wave of guilt and shame hammered my soul as I watched the kids play so freely and so free of judgment and I thought:

Why did I think this way?! My parents never taught me to think I was better than other people. They taught us to love and serve others.

But somehow this attitude crept in. Maybe it was that first generation homeschoolers felt like they had something to prove.
Homeschooling was new and uncharted waters, after all.
Society questioned, doubted.
So we homeschool students were taught to prove our worth, defend our education:
Our education was just as good as a public school education.
No, it could be it was even better!

Or maybe it was because I heard about the "evils" of public school at homeschool conferences in or in overheard discussions from parents.
While I was growing up, comics like the one above scared me yet also created a smug sense of security and self-importance. Those pieced, spiked, belly-showing, long-haired "creatures" could not be my friends. Oh, I should love them, but from afar, at arms length, as people that should be witnessed to because if they went to public school, they obviously did not know Jesus. But I had to be careful because their bad influence might rub off on me.

I even treated the kids I interacted with at church like this. We were the only homeschooling family in our large church and, to be honest, I was really weird. I mean, I wore a pinafore with 4 inch lace frills (that I sewed myself!) to church…when I was in 8th grade.

I was low on the social totem pole.

But there were sweet, kind girls that invited me to their birthday parties and for sleepovers.

I went but I never reciprocated. I judged them in my heart because they wore knee length skirts, gushed over Justin Timberlake, and talked about (gasp) hickies! I was horrified and I judged those good Christian girls like the bow-wearing, pink-clad homeschool girl judges her public school peers in the comic above.
My attitude toward public schooled students was like the comic above. I was the happy fish, swimming freely, while public schooled students were "locked up" in "government" classrooms, being "taught to be robots," and were basically brain-dead by the time they graduated, like poor sardines in a can, begging for help!

But it was me that was locked up in a world of prejudice and judgement, shunning people who could have been my friends and who could have opened my eyes to new thoughts and ideas. (Thank God for this awesome public-schooled boy I met in college named Aaron…)

I know that the "us vs. them" attitude of homeschooelers is not dead. I wish it was. Everything I put in quotes in the paragraph under the comic are things I have heard from people I grew up with or from current blogs I have read (usually in the comments section under a controversial homeschooling article).

But when I became a public school mom (an agonizing decision you can read about here), I learned a few amazing things.

My kids are not locked in their classrooms or shackled to their desks (imagine that).
They are not robots, nor are they being taught to be robots (I have a son who constantly reminds me that he has a mind-of-his-own on a daily basis)
They love school and are taught by wonderful teachers who love them.
And, most importantly…

No more stereotypes and judgment.

People are people who deserve to be loved and respected for who they are, not judged or discriminated against for the school they attend.

for by grace said...

Loved this post. Thank you so much for writing it! I have struggled with my own feelings and judgments on both end of the spectrum and you described it perfectly.

Great blog! As a mom (Jilayne's mom) whose kids have all graduated, I feel I can say something...We did all three schooling choices through the years. By far, our worst experience was the private school. I enjoyed home schooling, but felt I could not keep up with it after 10 years. My last daughter, Zena, went to public school since 2nd grade and I can tell you she is the most confident, well taught, sincere Christian girl. She is so well rounded! She knows how to live and work among the nonchristian and have good relationships with them. Long/short of it is that each parent needs to do what is best for that child. Each one will be different and have different needs. To say one way is the only way in this situation is wrong. I would have done some things differently with some of my other girls if I wasn't so stuck in that mindset of homeschooling is the only way....

I love following the journey here, starting with all the survey data you collected, and now this piece. So cool!

(and hickies? I busted out laughing!)

Thanks for reading, Tabitha!